Treasure Valley Midwives has grown by leaps and bounds, starting out as a small home birth operation in 1997, to a full clinic and birth center that offers maternity and comprehensive wellness care, lactation services, and fertility services. Our staff of three Certified Nurse Midwives, three Licensed Midwives and a wonderful International Board Certified Lactation Consultant are here to provide quality, individualized care for families in the greater Treasure Valley. 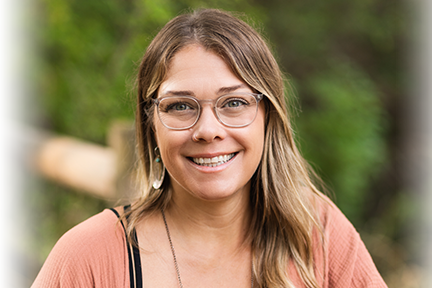 After having two birth experiences in the hospital setting, Laurie sought midwifery care and delivered her next two babies at home in the water. Laurie felt compelled to enter the birth world in 2010 and began working as a certified doula in the Coeur d’ Alene area. Laurie worked at Dayspring Midwifery for nearly three years as a doula, birth assistant, and eventually as a student midwife. In the summer of 2013 Laurie and her family moved to Boise. She was fortunate enough to join the Treasure Valley Midwives team and finished her clinical and didactic requirements to become a Licensed Midwife in 2017.

Laurie is married and has five children ranging from 12 to 21 years old, including a set of twins! Laurie loves art, music and getting into nature with her family.

Originally from the Willamette Valley in Oregon, Bri first studied Business Management at Oregon State University. During her time at OSU, she took a Medical Anthropology class taught by a midwife, and felt called to pursue birth work. After graduating from OSU in 2014, she immediately began her midwifery studies in Seattle, WA. Bri was trained as a doula and childbirth educator before completing a year-long clinical rotation at a birth center in Tacoma, WA, followed by a year-long rotation with TVM. In 2017, Bri graduated from Bastyr University with a Master of Science in Midwifery, and shortly thereafter became certified and licensed in Idaho. She is passionate about providing family-centered care and truly enjoys building relationships with clients.

Since becoming a midwife, Bri has had two home births of her own, welcoming a daughter and a son. Bri enjoys spending quality time with her husband and children, being outdoors, hiking, running, snowboarding, reading, and working on DIY house projects. 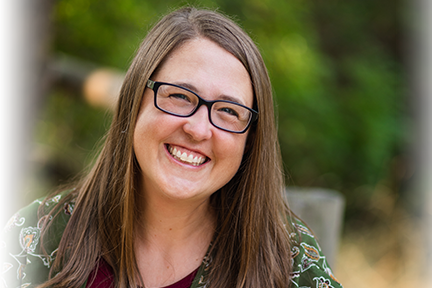 Sophie grew up hearing birth stories, as her mother was a nurse at a birth center. However, she was not originally called to birth work. Sophie attended nursing school with the goal to first become a missionary. After graduating from Northwest Nazarene University in 2004, Sophie worked as a nurse in several different areas of Idaho, while using her vacation time for short-term mission trips to Ethiopia. In 2009, she moved to a small town in rural Ethiopia where she worked as a medical missionary for six years. Sophie fell in love with pregnancy and childbirth during her time in Africa. When she moved back to the US, she completed her education at Frontier Nursing University in 2017 to become a Certified Nurse Midwife, and finished her clinical training with Treasure Valley Midwives.

Sophie loves to travel whenever she can and enjoys cooking, reading, and starting (but generally not finishing) whatever craft has most recently captured her interest. 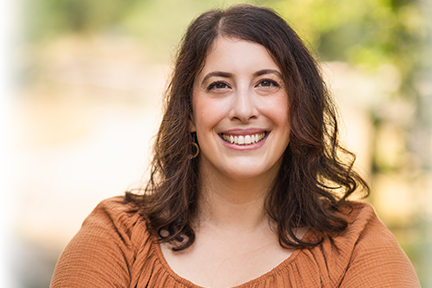 Sierra has always been passionate about reproductive justice, and began her career in women’s health working as a medical assistant in reproductive health care. She later discovered a love for birth work, and co-founded a doula practice. As a doula, Sierra had the opportunity to work alongside many midwives and felt drawn to the compassionate and empowering nature of the care they provided. Compelled to become a midwife herself, Sierra attended Yale University School of Nursing, where she received her Master of Science in Nursing as a Certified Nurse-Midwife and Women’s Health Nurse Practitioner in 2020.

Though originally from Colorado, Sierra recently moved here from the East Coast with her husband and cat. She loves being back in this mountainous region and enjoys all the hiking, hot springs, and art that Boise offers. In her spare time, Sierra also loves to read and attend concerts. 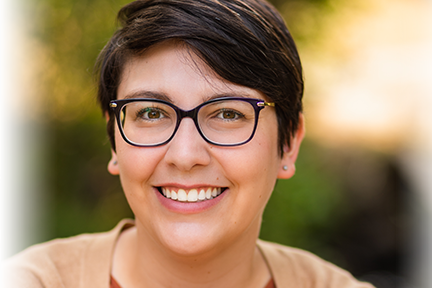 Though she is originally from Austin, Texas, Ashley graduated from nursing school at the University of Arkansas in 2011. She worked as a nurse for nine years in mostly pre-op and PACU settings before pursuing midwifery. She graduated from Frontier Nursing University in 2020 and immediately began a three month fellowship at the Jazz Birth Center of Manhattan. She lived and worked in the New Jersey / New York area for another year before relocating to Boise to join the TVM team. She is thrilled to be in Boise and looks forward to exploring the area more!

Ashley had midwives at both of her own births and feels passionately about providing this service to other women. In her free time, Ashley loves to spend time with her husband and children, and enjoys hiking, camping, being near the water, reading, and baking. 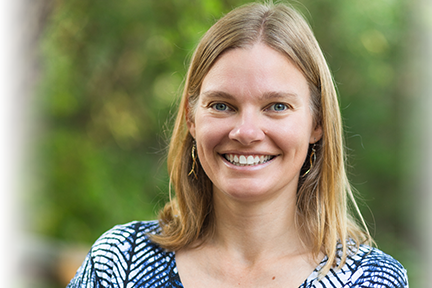 Darcy graduated from Mercy in Action College of Midwifery in 2018 after completing her clinical training with several local home birth practices as well as a year-long clinical rotation with TVM. She is passionate about providing high quality care and making midwifery care accessible to all families. Darcy has served clients in her own practice since licensure, and has been serving clients at TVM as a locum provider over the past year.

Darcy is happily married and has three daughters who were born at home with midwives. She enjoys spending time with family and friends, reading, skiing, snowboarding, mountain biking, camping, and being outdoors. 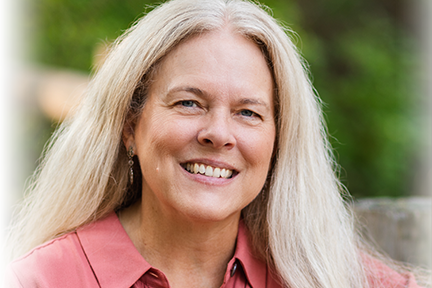 Tina is an Idaho native, having grown up right here in the Treasure Valley. Her passion for helping people led her to enter into the BSU Nursing program, where she finished her degree in 1985. After moving to California, she worked in a busy Labor and Delivery unit for eight years, retiring to be a stay at home mom to her four kids. After her children were grown, Tina began working as a birth doula and became a Certified Lactation Educator Counselor before deciding to go back to school to become a Lactation Consultant. As an IBCLC, she is passionate about empowering parents to nurture their children in whatever way works best for them, and is honored to be able to foster a growing confidence for parents in the newborn stage, with all of its joys and challenges.

In her spare time, Tina enjoys road trips to new places in Idaho, camping, skiing, kayaking, and walking the Greenbelt.

Our administrative staff at Treasure Valley Midwives is the best in town! They have a vast knowledge of insurance, billing, medical supplies, local resources, and everything in between! 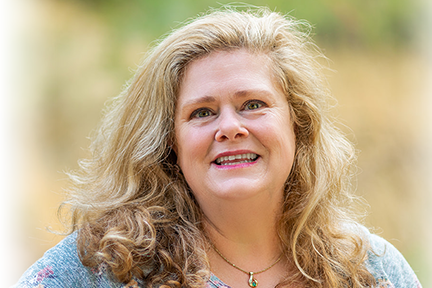 Shannon was born and raised in California, where she earned a bachelor’s degree in Communications at California State University Sacramento. Shannon worked in the technology industry for a number of years, and after starting a family she redirected her focus into healthcare administration. Shannon has experience in medical billing, managing a chiropractic office, and is a member of the American Academy of Professional Coders. She has also assisted several healthcare clinics with planning, marketing, human resources, and medical billing. Shannon strongly believes that every woman deserves to have the standard of care that midwives provide.

Shannon enjoys cooking for her family and for the Treasure Valley Midwives staff, spending quality time with her family and friends, and attending her sons’ sporting events. 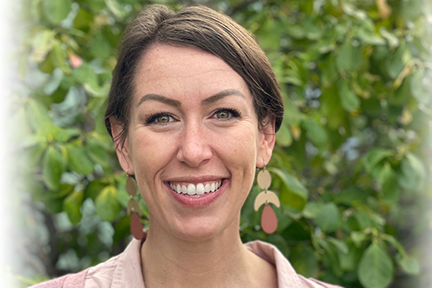 Originally from Boise, Malyssa spent about 10 years in Seattle, Washington before returning to the Treasure Valley 4 years ago. Malyssa is no stranger to midwifery care, as she had both her babies with midwives. She's also very familiar with our practice, as her youngest child was born at home a few years ago with TVM midwives! And with 8 years of experience as a birth and postpartum doula, Malyssa is a self-proclaimed "birth nerd." She is passionate about helping pregnant people and new parents in any way she can. Malyssa is interested in becoming a birth assistant eventually, but for now she is grateful to be able to support both families and midwives at TVM in this administrative role.

Malyssa loves spending time outdoors with her husband and children. She also enjoys gardening, traveling, and crafting in her spare time. 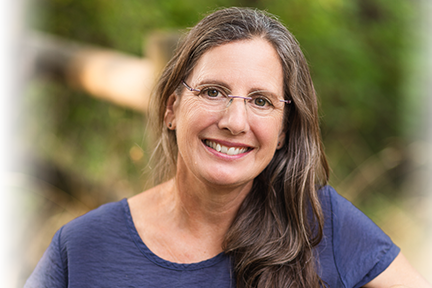 Paula began attending home births in the Treasure Valley in 1992. She then earned a nursing degree from Excelsior College and a master’s degree in midwifery from the Midwifery Institute at Philadelphia University. In addition to her midwifery training, Paula has a B.A. in Geology from Colorado College. In 2005 she opened the first birth center in Boise and in 2008 Treasure Valley Midwives moved to its current location. Paula sat on the Idaho State Board of Midwifery for many years and also taught at the Midwives College of Utah and Bastyr University in Seattle, Washington. She has been a preceptor for many midwifery students. In 2021, Paula officially retired from clinical practice, but remains on staff in a support capacity.

Paula is an avid hiker, backpacker, and world traveler. She shares her adventures with her family, which includes a son and a daughter, both born into the hands of midwives.

Treasure Valley Midwives believes we have a responsibility to train the midwives of the future, which includes teaching evidence based care, compassion and above all, respect for the birthing family. Our active student program is designed to give carefully selected students the opportunity to learn and provide excellent midwifery care under the supervision of experienced midwives.

Students at Treasure Valley Midwives are actively involved in all aspects of midwifery care, from conducting exams to catching babies, and everything in between. Our students are smart, compassionate and eager to learn. It is our pleasure and honor to mentor them on their journey to becoming a midwife, and we think you will love them as much as we do! 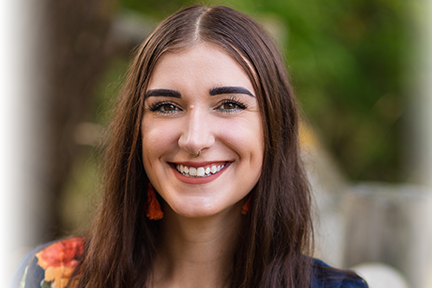 Haley is in her second year of studies at Bastyr University in Seattle, and has joined the TVM team for her first clinical rotation. She recently moved here from Wyoming, but is originally from Michigan. Haley has always been interested in pregnancy, birth, and newborns, and she truly believes the midwifery model provides the best level of care. She is passionate about equity in health care and believes that every pregnant person deserves a midwife. She wishes to support birthing people in any way they need and is honored to witness their power and strength.

When she's not in clinic, on-call, or doing school work, Haley enjoys hiking, being on the river, reading, backpacking, and traveling with her partner and two dogs. She hopes to one day move back to New Zealand to learn from indigenous midwives there. 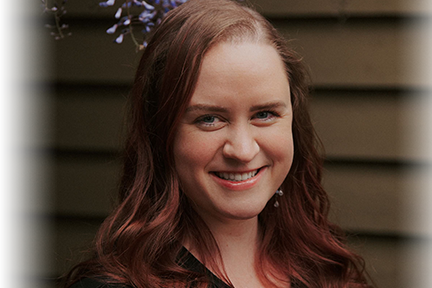 Jenna finished the schoolwork portion of her education at Bastyr University in the Spring of 2021, and plans to be with Treasure Valley Midwives for 6 months to complete the final portion of her clinical training. Over the last two years, she has spent time attending both home birth and birth center births at two different midwifery practices in Washington state.

Before completing her Bachelor’s degree in Health Sciences at BYU-I, Jenna worked in child care for 9 years in Washington and Colorado, where she is originally from. Jenna always felt called to work in the medical field, and felt compelled to birth work after attending her sister’s home birth. She admired the gentleness in the care that her sister and baby niece were given, and soon afterward started preparing to become a midwife herself.

When she is not busy working as a student midwife, Jenna enjoys weightlifting, baking, quilting and other crafts.